Carol Hepburn is an experienced sex abuse/child sex abuse attorney that can help you with your case.

Were You a Victim of Sex Abuse or Assault?

If you were the victim of sexual abuse as a child, or the recent victim of assault, you are entitled to seek compensation for the physical and psychological injuries that have changed your life. 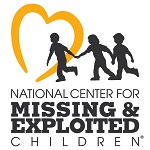 –An Open Letter to the Technology Industry

The National Center for Missing and Exploited Children has issued a call to Big Tech to protect our children.  End to end encryption can shield online predators from detection by law enforcement.  Privacy at all costs is not worth it when our children’s safety is at stake.

The self-described pedophile, under a veil of online anonymity, reached out to his community for wisdom.

In a message posted last month to a chat forum hosted in a dark corner of the internet where images of exploited children are routinely shared, the author issued a call to action: a “pedo plan” for grooming and sexually abusing young girls this summer “while their parents will be at work.”

Child sexual abuse material is a global social epidemic and one that Canada is not immune to. Just last month the Ontario Provincial Police announced the takedown of a “big box store” of child pornography operating in the Greater Toronto area and supplying over 60,000 users in at least 116 countries.

While we all want to believe this doesn’t happen in our backyard, the reality is clear: the world has a child pornography problem and Canada is part of it. 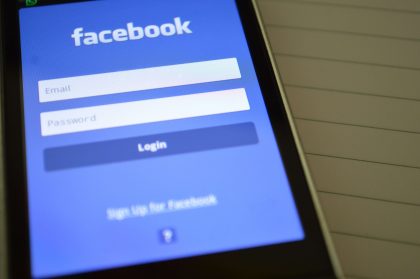 Carol Hepburn traveled to London in July with a delegation from the Canadian Centre for Child Protection which included 8 survivors of child pornography crimes. The group met with heads and representatives of major child welfare agencies as well as a private meeting with the Minister of Safeguarding and senior staffers from the Home Office. The women told their stories and expressed their opinions about changes needed in the law including limiting end to end encryption so as not to tie the hands of law enforcement investigating child pornography offenses. This meeting occurred a few days before the 5 nation meeting of ministers and secretaries on issues of Cyber Security. UK Home Secretary Patel clearly understood the importance of their message as she states in this OP Ed.

The Savage Law Firm in Portland, Oregon represents adults who were the victims of sex abuse, as well as families of children who have suffered sex abuse at the hands of a clergy, teacher, or another trusted adult in their life.

We have a successful record obtaining large settlements and jury awards against defendants that included:

We understand and appreciate the emotional, physical and psychological trauma that is involved in these cases. We work closely with medical and mental health professionals to discover evidence for our clients’ cases and to assist in their recovery. Often recovery is difficult, but we have the courage and determination to seek all appropriate legal remedies and give our clients the necessary strength and confidence to obtain the justice they deserve.

We have been successful in using laws such as the Violence Against Women Act to obtain substantial monetary damages in these cases. There may be various other state and federal laws that can be used in your case. We have the professional resources to conduct confidential investigations of defendants’ assets and property to determine the ability of money to satisfy a substantial judgment.

Victims of a Sex Crime

We are ready to help you recover compensation for physical and psychological injuries resulting from criminal acts such as:

If you have questions about your case and would like to speak personally to attorney J. William, please contact us today. Assault causes more than just physical injuries.

Martindale-Hubbell is the facilitator of a peer review rating process. Ratings reflect the confidential opinions of members of the Bar and the judiciary. Martindale-Hubbell ratings fall into two categories – legal ability and general ethical standards.

Choosing an Attorney with a Track Record of Success