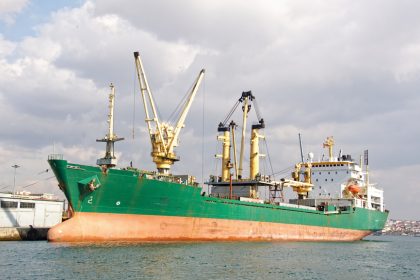 What is the Jones Act?

Maritime workers face a number of different potential hazards every day that they are on the job – often many more dangers than most other workers in the U.S.  Consequently, the Jones Act has been instituted to offer specific protections for maritime workers, or seamen.

The Jones Act, also referred to as the Merchant Marine Act of 1920, is an extension of FELA for railroad employees, and it essentially has formalized the rights of certain maritime workers, protecting them in the event they are injured on the job.

Among the protections and stipulations of the Jones Act are that maritime workers who are injured while working have the right to:

Who is Covered: Seamen as Defined by the Jones Act

In order to qualify as a seaman per the terms of the Jones Act, a maritime worker has to:

Specifically, the maritime workers that are typically covered by the Jones Act include (but are not limited to):

Some of the specific types of maritime injuries that seamen can obtain compensation for under the terms of the Jones Act include (but are not limited to):

It’s important to point out that there is generally a 3-year statute of limitations for filing Jones Act claims. Effectively, this means that injured maritime workers have 3 years from the date of their injury to file their claims. If they wait and try to file a Jones Act claim after 3 years have passed, they will typically lose their right to obtain compensation for their maritime injuries under the Jones Act.

Since 1977, the Portland maritime injuries and Jones Act attorneys at Savage Law Firm have been dedicated to defending the rights of injured seamen and to providing them with the highest quality legal services.

We realize how devastating maritime injuries can be, and our lawyers are here to aggressively advocate injured seamen’s rights to both justice and compensation. While this means that our Portland maritime injuries and Jones Act lawyers will work diligently to help our clients tell their stories in court, it also means that our attorneys and dedicated staff will vigorously stand up to insurers and others outside of the courtroom to ensure that our clients are able to obtain the settlements they deserve.

You can learn more about our legal services and what we can do for you by calling us at 503-222-0200 (in Portland) or at 206-957-7272 (in Seattle). You can also email us using the form on this page. We represent clients in Oregon and Washington from our offices in Portland and Seattle.