A controversial, growing movement in the U.S. is pushing for the installation of cameras in operating rooms in order to document what happens during surgeries – especially those that go wrong and lead to allegations of medical malpractice claims.

This push is being spearheaded by two efforts: a proposed bill in Wisconsin and new technology being tested in Toronto. 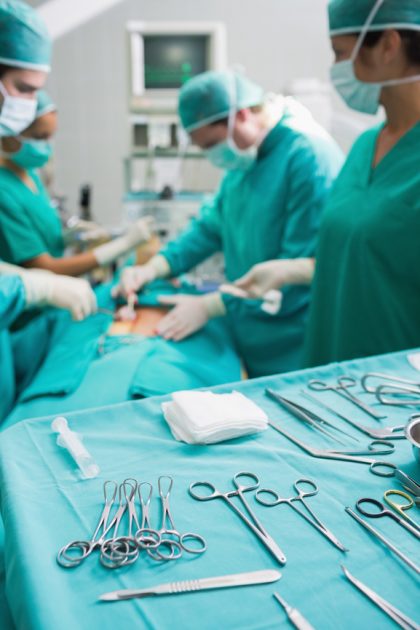 Known as the “Julie Ayer Rubenzer Law,” a bill that is currently making its way through the Wisconsin legislature would institute:

This bill was named for a woman who died as a result of receiving excessive amounts of propofol during a breast augmentation surgery. The goal is to create an unbiased record of what happens during surgical procedures so that any adverse events that do occur can be studied and avoided in the future.

The reason that this bill is so important, supporters contend, is that current methods for recreating surgical mistakes (or investigating potential/alleged surgical mistakes) rely on sources that are often unreliable, such as:

As the bill’s author, Wade Ayer has explained about this bill:

[Having cameras in operating rooms] offers transparency, truth, and accuracy in collecting data for the medical record and testimony. It offers data and insight for medical boards and even prosecutors. It offers oversight and policing.

Technology Being Tested in Toronto

While lawmakers, surgeons and many others throughout the U.S. are closely watching the progress of the Wisconsin bill, new related technology is currently being tested in a few Toronto operating rooms.

This technology, which is being referred to as an OR “black box,” comprises a video camera that records audio and visual footage that is synced with the patient’s physiological data/responses.

Speaking to the potential impacts of this technology, Teodor Grantcharov, the innovator who developed this black box, explained that:

In the majority of cases, the data will protect doctors in court… If it’s used for destructive purposes, the profession will shut it down. It’s a very delicate topic right now.

Do you think cameras should be in ORs? Would you opt to have a surgery recorded? Share your comments with us on Facebook & Goolge+.

If you or a loved one has been harmed by any form of medical negligence, you can rely on a Portland medical malpractice lawyer at the Savage Law Firm for experienced help and aggressive legal advocacy.