Is ‘Alarm Fatigue’ Contributing to Medical Malpractice in Hospitals?

Is ‘Alarm Fatigue’ Contributing to Medical Malpractice in Hospitals?

With the advancement of technology, there have been some remarkable upgrades to many medical monitoring devices. While such improvements may have benefited patients and medical professionals, however, they have also created a phenomenon that some have deemed as alarm fatigue, which may be contributing to medical malpractice in hospital settings.

In fact, according to the Physician-Patient Alliance for Health & Safety (PPAHS), alarm fatigue has been ranked by hospitals as the top patient safety concern. Similarly, the ECRI Institute has deemed alarm fatigue to be the leading health technology hazard threatening patients in modern times.

What is Alarm Fatigue? 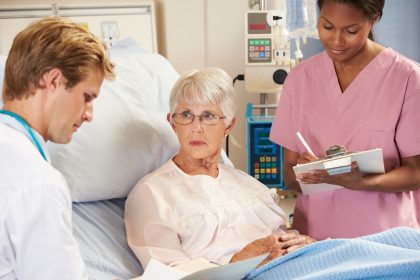 Alarm fatigue refers to the desensitization that hospital workers develop as a result of being exposed to a significant number of alarm sounds. In fact, as the PPAHS has reported, on average, a hospital worker is exposed to 350 alarms per bed, per day. This can mean that, even in a medium-sized hospital, a single worker is confronted with thousands of alarm sounds on any given day.

Commenting on the problem of alarm fatigue, Michael Wong, executive director of the PPAHS, has stated that, “Hospitals are greatly concerned about alarm fatigue because it interferes with patient safety, and it exposes patients – and the hospitals themselves – to grave harm.”

Compounding the issue of alarm fatigue is the fact that, in some cases, the alarms that are sounding off are false alarms. In fact, some studies have found that as many as 86 percent of the alarms that sound off in hospitals do NOT indicate an emergency situation.

This, in turn, can increase the probability that:

So, what can be done to counter alarm fatigue and reduce the risks it presents to patients?

One suggestion offered by Wong has been for hospitals to develop a “systematic approach” that incorporates care models, hospital layouts, workers’ duties and staffing patterns.

What do you think about the issue of alarm fatigue? Have you experienced it in some form? Share your comments with us on Facebook & Google+.

Have you or a loved one been injured by any type of medical negligence? If so, you can rely on an experienced Portland malpractice lawyer at the Savage Law Firm for experienced help and aggressive legal advocacy. For more than 30 years, our lawyers have been devoted to providing each of our clients with personal attention, respect and the highest quality legal services.

At the Savage Law Firm, our commitment to meeting the highest professional standards of legal representation motivates us to consistently build our clients the strongest possible cases, be accessible to our clients at every stage of their case and do whatever it takes to help them obtain the best possible outcomes.