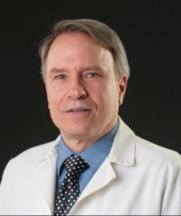 Thomas Konowalchuk has practiced law in Oregon since 2000. He moved to Oregon from Canada in 1987 after completing his urological residency program and had a urological surgical practice on the coast for eight years. The surgical practice was interrupted in 1995 when Tom was rear-ended by a Tri-Met bus causing cervical disc damage. Prior to his move to Oregon, Tom went to the University of Ottawa and graduated with degrees in physics (1975) and medicine (1979).  He then studied at McGill where he did his surgical and urology residency and earned a Master’s degree in experimental surgery. After his residency program, Tom became board certified in Urology in Quebec, Canada and the United States. He went to law school at the University of Oregon and graduated in 1999.

Initially after law school, Tom practiced general law with an emphasis on business, trust and estates. In 2001, Tom became involved as an attorney with a number of medical malpractice cases and has focused his practice on this ever since. Applying his medical knowledge, industry insights, and cutting-edge technology of presentation techniques, Tom has been instrumental in many substantial settlements and successful trials. A June 2002 trial, for which he was co-counsel, resulted in a more than $3 million dollar jury verdict. This case is still a record in Marion County for the highest award for a medical malpractice case.

Tom balances the practice of law with an active involvement in the practice of medicine and medical research. His research in the molecular chemistry of cells and such applications to human health has resulted in several patents, new drugs and processes. This research was first started by his father, Jack, who was an eminent virologist noted for first developing a test to identify the E-Coli endotoxin. Interacting with select patients and keeping abreast of medical progress allows Tom to help his legal clients in coping with both their legal process and their medical condition.

Since becoming an attorney, Tom has been a consultant to or co-counsel with several outstanding trial attorneys. He has worked primarily with Bill Savage on various cases since 2004.