At Least 110 Workers Hospitalized for Heat Illnesses So Far this Summer, OSHA Reports

At Least 110 Workers Hospitalized for Heat Illnesses So Far this Summer, OSHA Reports

Excessive exposure to heat has caused more than 110 workers in the U.S. to require emergency medical treatment and hospitalization so far this summer, officials at the Occupational Safety and Health Administration (OSHA) have reported.

Heat illnesses, including heat exhaustion and heat stroke, reportedly harm thousands of American workers each year, even causing fatal injuries for some. While working outdoors in the heat of summer can significantly increase workers’ risk of developing a heat illness, such heat-related health complications are entirely preventable.

That’s why OSHA is focused on educating workers about what they can do to stay safe when working in the heat – and what they should do if they start to develop the signs of heat illness.

Why Working in the Heat Is So Dangerous 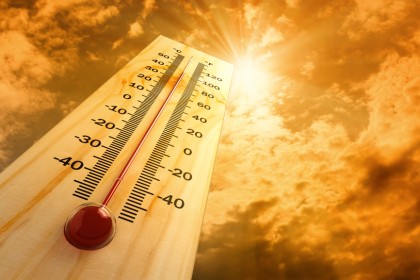 Heat illnesses are a big threat for those who work outdoors, and OSHA has released some important tips for combatting these illnesses and keeping workers safe, a Portland workers compensation lawyer explains.

Although the body has natural ways of cooling itself down – such as by sweating, the body’s temperature can rise rapidly when people are physically exerting themselves in high-temperature environments. In such cases, sweating won’t be sufficient to cool people down.

In fact, if these people do not take a break, drink some water and do what they can to cool off, they can start to develop heat rash and heat cramps, which could snowball into far more serious conditions like heat exhaustion and heat stroke without intervention.

The best ways for workers to protect themselves and minimize their risk of developing a serious heat illness, according to OSHA, are to:

If you have suffered a workplace injury or have been diagnosed with an occupational illness, you can rely on a Portland workers compensation lawyer at the Savage Law Firm for experienced help getting the benefits you may deserve.