As heated debate continues on health insurance reform, there is wide political agreement about another health care issue – the need for more veterans funding. Rising demand for health care is squeezing the Department of Veterans Affairs, which in turn may be reducing the quantity and quality of health care for veterans. 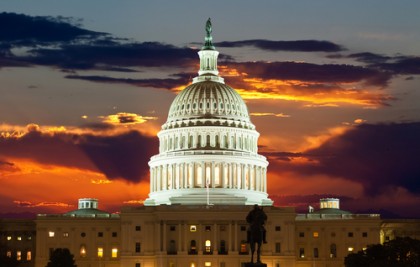 Addressing a backlog of over 1 million medical claims, the Veterans Administration and lawmakers alike applauded proposed increases in the recent VA budget.

In 2009, the VA saw a record backlog of 1 million benefits claims. A department analysis projects a 24 percent increase in claims during the next two years. The department also expects a 3 percent rise in demand for care at VA hospitals. The patients are veterans of both current and previous wars.

– Up to 20 percent of soldiers returning from Iraq and Afghanistan need care for traumatic brain injuries.

– Multiple deployments to Iraq and Afghanistan are also leading to a greater incidence of post-traumatic stress disorder.

– Vietnam veterans are aging and facing new health problems. Many have also lost jobs and employer-provided private health care, driving them into the VA system.

– The VA expects up to 180,000 new claims in 2011 after the department officially adds Parkinson’s disease and types of heart disease and leukemia to a list of potential Agent Orange claims.

Partly as a result of the rising demand, the VA is accused of malpractice and dangerous practices. Last April, the VA inspector general investigated 42 VA medical facilities and found only 43 percent complied with established sterilization guidelines.

The Obama administration hopes to cover more demand next year. It has proposed a $125 billion veterans budget for 2011. While the administration is cutting and freezing many federal programs, it is calling for 8.5 percent more for medical care accounts and a record 27 percent hike in funding for benefits.

The proposal brought rare support from both sides of the political aisle. Still, some veterans groups are concerned the funding will fall short and is based on unrealistic and low estimates.

How to Get Help

The new funding can’t help those who have already been improperly treated at a VA hospital. Veterans who have already been victims of medical malpractice have legal options. The Federal Torts Claims Act is a wide-ranging law allowing individuals to sue for personal injuries as the result of negligent or wrongful action by federal employees. If you are in injured veteran, contact an experienced personal injury attorney in your area to learn more about your legal rights and options.