USAA Insurance, a company that provides insurance coverage exclusively to military members and their families, is being sued in a federal court in Portland, Oregon for purposely denying legitimate claims by its members. In its filings, the plaintiffs allege that USAA used medical reports by physicians to say treatment for injuries suffered in car crashes were not medically necessary in an effort to deny payment for such treatments. 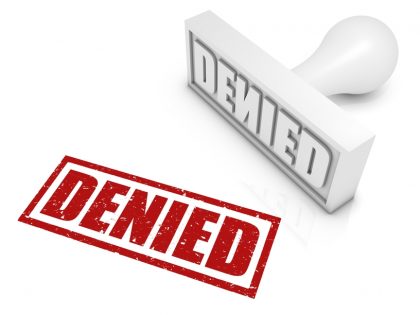 They also claim that in reviewing claimant’s cases, USAA’s adjusters never spoke or consulted with them or their treating physicians before denying coverage. Instead, USAA incorporated “electronic stamps” to bypass the standard review process. The suit further alleges that these electronic signature stamps are the same or similar to additional stamps sent to other victims denying care in other accidents in Oregon and other states.

Under Oregon law, all motor vehicle insurance policies sold in the state must have personal injury protection (“PIP”) coverage. The Oregon legislature had an interest in ensuring that anyone injured while driving or riding in an insured vehicle have the proper insurance to pay for medical treatment for their injuries. As such, PIP coverage would be primarily responsible for paying for medical treatment stemming from accident related injuries, regardless of fault. PIP expenses must be submitted within one year after the date of the car accident or personal injury.

In motor vehicle accident claims, insureds also have the right to choose where their vehicle will be repaired.

USAA’s systematic denials of PIP coverage claims can be viewed as insurance bad faith. When an insurer fails to promptly investigate a claim, unreasonably denies or delays payment of a claim or refuses to reimburse a claimant for covered costs, it has acted in bad faith in breaching the terms of the insurance contract. Hence, insurance bad faith.

Simply put, insurers profit from denying claims. Thousands of claims are denied each day without dispute, with only a small percentage being actually challenged. The consumer advocacy site insurancebadfaith.net provides a telling example of why this is so:

Let’s say for example that an Insurer denies 100 claims. Of these 100 claims, ninety-five go unchallenged and disappear while five claims are disputed. Of these five, the Insurer reverses its earlier decision to deny coverage and agrees to pay on four of the claims but continues to refuse coverage on the fifth claim. The fifth claimant then files a lawsuit and recovers bad faith and punitive damages against the Insurer.

Even if this claimant who filed suit recovers millions of dollars against the insurer, the insurance company still saved millions of dollars by not having had to pay the other 95 claims which were denied and not disputed. Thus, insurers gain substantial financial and economic advantage by continuing to deny their customer’s legitimate claims.

If an insured believes that he or she has been unlawfully denied coverage, legal remedies are available. Those wronged by insurance bad faith are eligible to recover the benefits of their policies for the claim as well as all consequential losses and damages stemming from the wrongful denial. These can include damages for emotional distress and attorney’s fees. In extreme cases, where the insurer has exhibited gross misconduct in denying claims, punitive damages can be awarded.

Although class action status has not been determined, the recent case is not the first of its kind lodged against USAA. It previously settled two class action lawsuits involving the use of improper data deny medical benefits for injured customers who have PIP coverage. A case in Arizona was settled last summer for an undisclosed amount. An Illinois case settled in 2005 was estimated at $35 million.

If you have a car accident claim that has been unfairly denied, an attorney can help you understand your rights and stand up to the insurance company.