In 1986, Congress passed a law that established the National Practitioner Data Bank. From its inception, the NPDB has been used as a tool to facilitate peer review in the medical profession and to restrict the ability of incompetent doctors to hide substandard performance from licensing authorities by moving from state to state. 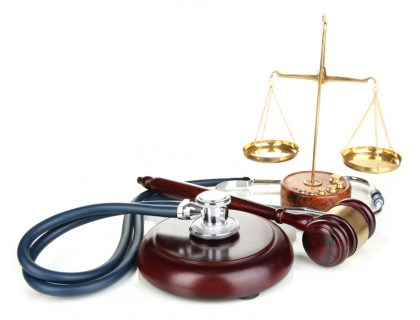 Eventually, the NPDB transformed into a computerized information system containing a wealth of information on medical malpractice claims, privileges actions and other disciplinary proceedings within the medical community. So it should be an easy task to search the database and uncover indiscretions in your physician’s past, right?

Wrong. The NPDB has become a private databank, fully accessible only to a handful of organizations, all of them under strict confidentially obligations to keep any information obtained from the NPDB to themselves; even access to the handful of files that were formerly public has been blocked. In 2012, more than a quarter of a decade after the NPDB was created, a growing number of advocates are calling for the government to provide full public access to the NPDB.

Even Public Use Files Shielding Individual Doctor Identities Have Been Removed

Certain “public use files” have long been available from the NPDB. Public use files contain information relevant to statistical research, but with the names of individual doctors kept secret.

In September 2011, the U.S. Department of Health and Human Services blocked access to the public use files in response to an investigative report by the Kansas City Star that linked de-identified NPDB data to a specific physician through cross-referencing other publicly available information. Presently, the files remain closed, and HHS explains that they will stay off limits until a reevaluation of the data fields contained in the public use files is complete.

The renewed focus on secrecy of doctor data has some patient safety advocates questioning the necessity to de-identify doctor data in the first place. They see the restriction of public use files as a huge step in the wrong direction and an impediment to transparency.

What justifications are cited for restricting public access to the NPDB? One concern among medical care providers is inaccuracies: no one wants to be catalogued as a threat to patients based on incorrect information.

Bad data can, of course, be corrected when it comes to light. However, misinterpretation by those unaccustomed to poring over NPDB data is another potential problem. Not all information tracked in the NPDB necessarily indicates physician negligence — for instance, even claims in which a doctor neither admitted nor was found guilty of negligence may appear on the NPDB. The American Medical Association and other stakeholders worry about the media harnessing such information for physician “gotcha” stories and other misuse of NPDB data.

The medical community certainly has some legitimate concerns about the NPDB. But do they warrant keeping NPDB data from the public?

Advocates on the other side of the controversy resounding say no. They agree that contextualization of NPDB files — in other words, providing public users with pertinent back information to prevent misuse or misinterpretation of the data — is a wholly appropriate measure to find common ground; but completely hiding records from the public serves only to retard the progress of safety and quality in the medical care field.

Making physician-specific data available to the public would empower individual patients to check up on the performance history of their prospective doctors in a single, convenient forum. If properly educated on the prevalence of malpractice claims in the specialty field of a given physician, patients could use the data as one factor in coming to an informed decision about the doctor to whom they wish to entrust their care.

Even the HHS website seems to contradict a policy that shields doctors from public scrutiny. Among the agency’s foundational claims: “Transparency and data sharing are of fundamental importance to our ability to achieve HHS’ strategic goals of advancing the health and well-being of the United States.”

NPDB Files May Not Be Available, but Legal Counsel Can Offer Other Solutions to Doctor Misconduct

For the time being, the NPDB, including public use files, will remain private. Yet, at least 17 states do not consider malpractice and disciplinary histories of individual doctors to be confidential; all 17 have laws in place that make this information publicly available online. Perhaps in time the federal government will follow suit with the NPDB.

When, and if, this happens, patients may have better tools available to check up on the competency of their physicians before undergoing a procedure. Until then, medical malpractice may remain best combated through after-the-fact remedies available in court. If you or a loved one has been harmed by a doctor’s mistake, pursue the full monetary compensation