Amy and Vicky Act Introduced to Senate by Sen. Hatch

Amy and Vicky Act Introduced to Senate by Sen. Hatch

In his introduction, Sen. Hatch noted that the Amy and Vicky Act currently has the support of at least 34 Senators across the aisle, as well as the attorneys general of 43 states and many national  victims’ advocacy groups. 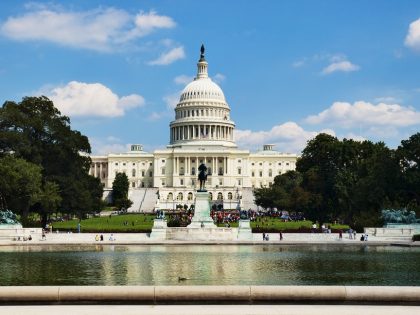 As Sen. Hatch noted in his speech, the current restitution laws were enacted in 1994, prior to the Internet becoming a prominent vehicle for trafficking child pornography. While these laws put the burden of proving the losses caused by child pornography on the victims, they also have created what Sen. Hatch described as “a cruel irony.”

Specifically, as Hatch explained, “the more individuals who participate in harming a victim [of child pornography], the less any of them is financially responsible, and the less timely help the victim will receive. Perpetrators are easily lost in a crowd.”

With the Amy and Vicky Act, however, the restitution laws would be amended in the following three crucial ways:

While Sen. Hatch mentioned Savage Law’s own Carol Hepburn among those who have been crucial to shaping the Amy and Vicky Act, he also stated the following in closing his speech:

In our system of government, we have the responsibility to pass or change legislation to address issues and problems that Americans face. All the courts could do was confirm that the current restitution statue is no longer suited to help child pornography victims. It is now up to us to do our duty and enact a statute that will.

Amy, Vicky, and Andy are counting on us and we must not let them down.

If you or someone you love has been the subject of child pornography or child sex abuse, you can count on us to advocate your rights and help you hold your abusers accountable in civil court. For more than 30 years, the Portland child sex abuse attorneys at the Savage Law Firm have been dedicated to defending the rights of sexual abuse survivors and helping them obtain the justice and compensation they need and deserve.

Although we understand that no amount of money can ever make up for child sex abuse, we also know that helping abuse survivors obtain compensation from their abusers can be pivotal to getting access to the counseling and other long-term treatments they may need to deal with the psychological damage caused by the abuse. One of our central goals is to help child sex abuse survivors get the justice they need so they can reclaim their lives and futures.

We represent clients in Oregon and Washington from our offices in Portland and Seattle.