1 in 3 Pro Football Players Will Have Brain Trauma, NFL Explains

1 in 3 Pro Football Players Will Have Brain Trauma, NFL Explains 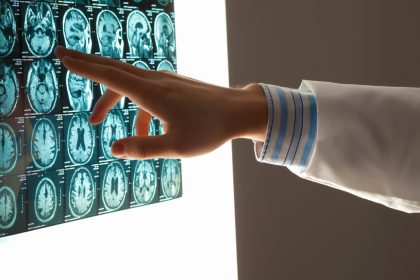 About 33 percent of pro football players in the National Football League (NFL) are expected to develop long-term brain damage, explained the NFL in federal court documents. This admission was part of the documents the NFL’s attorneys provided to the U.S. District Court presiding over the multi-million dollar settlement between the League and about 5,000 former players.

While this admission may be fairly damaging to the NFL, which has emphatically denied negligence in the various brain injury cases filed by former pro footballers, what may be even more damaging are the statements made acknowledging that NFL players do experience higher rates of brain injuries than the general population.

As court documents, which were prepared for the NFL by the Segal Group, explained:

Our assumptions result in prevalence rates by age group that are materially higher than those expected in the general population… furthermore, the model forecasts that players will develop these diagnoses at notably younger ages than the generation population.

Chris Nowinski, the executive director of the Sports Legacy Institute, has been working for years to get NFL officials to admit the correlation between playing professional football, developing brain injuries and, in turn, developing long-term neurological impairments. As Nowinski has stated:

We have come a long way since the days of outright denial. The number of former players predicted to develop dementia is staggering, and that total does not even include former players who develop mood and behavior disorders and die prior to developing the cognitive symptoms associated with C.T.E.

Brad Karp, the attorney representing the NFL in these brain injury lawsuits, has stated that the reported findings regarding the incidents and effects of brain injuries players sustained have been largely inflated. As Karp has stated:

The methodology was purposely designed to err on the side of overestimating possible injuries to ensure that adequate funds would be available to pay all awards, under the then-capped settlement structure… The actuaries’ models do not reflect a prediction of the number of players who will suffer injuries. They are intended to show the court that even if unexpectedly high numbers of players were injured, there still would be sufficient money to pay the claims

As the contentious battle wages on, it seems clear that the NFL may be shifting off of its outright denial of the high incidence of brain injuries among football players.

Have you or someone you love developed a brain injury caused by someone else’s negligence? If so, it’s time to contact the Portland brain injury lawyers at the Savage Law Firm. For more than three decades, our trusted attorneys at the Savage Law Firm have been devoted to providing each of our clients with personal attention, respect and the highest quality legal services.

We realize how devastating brain injuries are, and our lawyers are here to aggressively defend injured people’s rights to both justice and compensation.

Helping you recover from the financial setbacks caused by brain injuries is one of our primary goals. Our attorneys encourage you to learn more about your rights and case by setting up a free initial consult.

We represent clients in communities in both Oregon and Washington from our offices in Portland and Seattle.